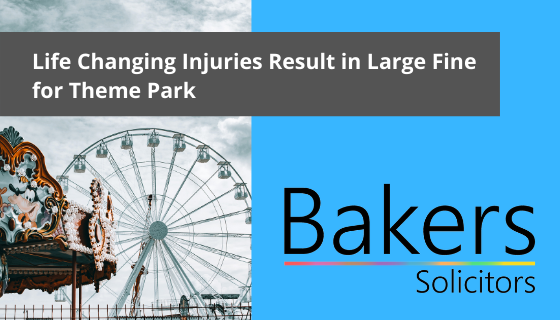 Following a serious incident in 2019 in which a child sadly suffered life-changing injuries, a UK theme park has recently been fined as a result of not following the required safety procedures.

The incident, which took place in May 2019, occurred at the Lightwater Valley Theme Park in Ripon, North Yorkshire. The park, which was originally opened in 1969 features 28 rides – including Europe’s longest roller coaster – and attracts in excess of 500,000 visitors each year.

The incident, in which a 7-year-old boy was thrown from the park’s popular ‘Twister’ ride, resulted in a full investigation by the Health and Safety Executive (HSE), the UK government agency responsible for the encouragement, regulation, enforcement of workplace health, safety and welfare. The investigation culminated in a recent hearing at York Magistrates Court, which heard how the child was ejected from the ride resulting in severe injuries to his head and neck.

The hearing heard how the whilst the theme park’s procedures for the Twister ride stated that those between 1.2m and 1.5m tall must wear seat belts, several children under 1.5m in height were not wearing seat belts on this ride. Incidences of under-height riders was recorded on CCTV footage over several days, backed up by witness statements from members of the public. On examination of the restraining systems, many belts were not functioning correctly, and on several occasions, the final position of the lap bar restraint allowed significant gaps to remain, resulting in smaller passengers not being fully contained.

At the hearings conclusion, the parks operators Lightwater Valley Attractions Ltd, pleaded guilty of breaching Section 3(1) of the Health and Safety at Work etc. Act 1974 and was fined a total of £333, 344. They were also ordered to pay costs of £16,183. Commenting after the hearing, a spokesperson for the HSE said:

“A child suffered life-changing head injuries at Lightwater Valley theme park. Our investigation found that the theme park did not implement suitable operating procedures and monitoring of ride operators in relation to the ride restraints…This was an entirely avoidable incident. Several children were put at risk and Lightwater Valley has now been held to account for their failings.”

In speaking about the hearing, the boys mother said that “the little boy I took to Lightwater Valley that day is not the same boy that woke up after the surgery. I still grieve for my little boy.”

The Twister ride at the park as been closed and will only re-open if significant changes are made to its operation and safety.

At Bakers we pride ourselves on our experience and success in representing claimants who have been injured through no fault of their own, helping them to receive compensation that they are properly entitled to. Our professional, friendly team will give you an honest, free and ‘plain English’ appraisal of your claim and we love to delight our clients when they receive the injury compensation they deserve.

If you would like us to handle your personal injury compensation claim, you can contact us online or by phone on 01252 744600 Read about some of our compensation claim success stories or key stages to making a claim