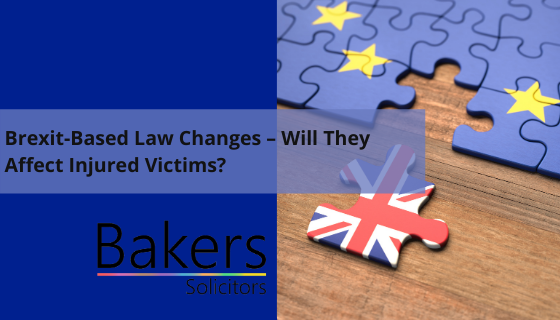 Following the UK’s formal departure from the EU on 31st January this year, changes in UK legislation continue to be announced that highlight the move away from common, EU laws and regulatory frameworks. One such change, which could have a significant and negative impact on off-road accident victims, has recently been announced by transport secretary Grant Shapps.

The change in legislation refers to what is known as the Vnuk ruling, which is an EU-wide law requiring that vehicles used on private land – including quad bikes, off-road motorbikes and tractors – must all have insurance. Following 2016’s referendum to leave the EU, the department for transport consulted on whether to keep the law established by the European Court of Justice in the case of Vnuk v Triglav. The majority of respondents to the consultation had concerns about the law, although the majority were from insurance companies or organisations active in the motor industry.

With the UK set to do away with the Vnuk ruling as part of its widely promoted campaign to take back control of its own laws and regulations, Shapps also claimed that the change would benefit every driver in Britain via a predicted £50 savings in annual insurance premiums.

However, personal injury solicitors and representative bodies are warning that removing the need for compulsory insurance will have a detrimental effect on the rights of people injured in off-road vehicle accidents. The Association of Personal Injury Lawyers (APIL), a not-for-profit organisation that represents the interests of injured people, said that this was yet another example of Brexit and the promise of insurances savings being used as an 'excuse once again for dismissing the needs of injured people’. APIL president Sam Elsby added:

“These vehicles can cause serious injuries, or worse, and their drivers must be insured to use them. Paying insurance premiums is both an incentive to drive safely, and a way to ensure injured people can receive proper compensation to help put their lives back on track.”

APIL also highlighted the fact that seriously injured accident victims will still require the same medical treatment, care and rehabilitation, except that now these costs will be met by the NHS rather than from insurers. In contrast, defendant representatives and insurers welcomed the news. Glyn Thompson, head of the motor sector focus team at the Forum of Insurance Lawyers (FOIL) and technical lead for motor claims at defendant solicitors Weightmans, said motorists and insurers will be ‘delighted’ at the news, saying:

“The Road Traffic Act has only ever compelled the need for insurance on roads and other public places and it seems that position will now persist…Expanding not only the need for insurance to private land but, inherently, the types of vehicles requiring insurance - to include vehicles such as those used in motorsport – Vnuk threatened the very existence of that industry.”